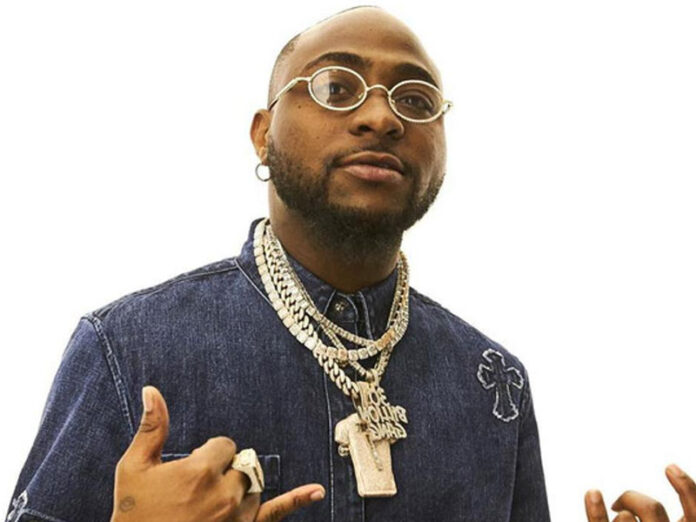 David Adedeji Adeleke, famously addressed as Davido, is a Nigerian-American singer, songwriter, and record producer. The alleged musician was born in Atlanta, Georgia, on 21 November 1992, to the family of Mr. and Mrs. Adeleke.

His father, Chief Deji Adeleke Adedeji Adeleke, is a Nigerian billionaire who is the founder of Magnate and the president of the Adeleke University Nigeria. Davido‘s father is also the present CEO of Pacific Holdings.

Mrs. Veronica Adeleke (Davido‘s mother) was a lecturer at Babcock University in Osun State. She was very bright, intelligent, and loved by all the lecturers and students. Vero Adeleke died on Mar 6, 2003. Davido is the last born of siblings of five and the second son of his family. He has a brother named Adewale Adeleke, older than Davido, and two sisters called Sharon and Ashley Coco.

Davido had his secondary school in British international school Lagos State Nigeria and started his university at Oakwood University to study Business Administration. He was withdrawn from Oakwood University when he started having bad grades and relocated to London. He eventually joined a music group known as KB international in the United States of America. Still, it was not working out for him.

Then he returned to Nigeria in 2011. After his arrival, his father insisted that he enroll at the university Babcock in Ogun state, sidelining his music career for a while. He graduated with a degree in music after his father paid the university to erect

Davido officially started making music during his time at Oakwood University and, after his withdrawal, focused more on vocals instead of production. He had formerly been in a group called KB in America, but things were not working out for him. the household names Wande Coal and Don Jazzy advised him on what his next steps would be if he were going to be to make it in the music industry.

He co-founded HKM Music with his brother Adewale Adeleke, a record label that was home to B. Reda and Deekay. On 7 May 2011, he produced and released his first Music recording, ‘Back When.’ He became famous after the release of his single ‘Dami Duro’ on 30 October 2011.

Davido staged a dance competition with a cash price of $3000 following the song’s release as he asked fans to upload videos of themselves dancing ‘Skelewu.’

In October 2013, he partnered with Guinness Nigeria for the “Guinness World of More” Concert.

On 2 February 2014, Davido released ‘Aye,’ produced by T Spice, in which Clarence Peters directed the video.

In January 2016, Davido announced that he had signed a record deal with Sony Music on his Twitter page.

The announcement caused different reactions from his fans, but he later floated another record label (Davido Music Worldwide, DMW).

After the ending of the record label, he co-founded with his brother signing artists like Mayorkun and rapper Dremo to the brand.

“Back When” – Song of the Year

“Dami Duro” – Most Gifted Dance Video of the Year

Most Gifted Newcomer Video of the Year

“Dami Duro” – Song of the Year

“All of You” – Best Dance Hall/Reggae Video

African Artiste Of The Year

Musician of the Year (Male)

Best Hip-Hop Artiste of the Year

“Gobe” – Most Popular Song of the Year

Album of the Year

Best New Act of the Year

African Young Person of the Year

“Aye” – Music Video of the Year

Artist of the Year

“Skelewu” – Song of the Year

Best Dance in a Video

“Number One Remix” – Song of the Year

Artist of the Year

“Skelewu” – Song of the Year

World’s Best Entertainer Of The Year

Best Use Of Costumes

African Artiste Of The Year

“Aye” – Most Popular Song of the Year

Video of the Year

Artiste of the Year

Male Artist of the Year

Artiste of the Year

AFRIMA – Artist of The Year

In May 2015, Davido welcomed his first daughter ‘Imade,’ with his older ex-girlfriend, Sofie Momodu. He insisted on taking his daughter away. Soon after some time, he had another baby, Hailey Veronica, with Amanda. Later on 20 October 2019, Davido and his fiancee Chioma welcomed a third baby named.

Davido‘s current net worth is estimated at $49,000,000 (forty-nine million). This calculation is an estimate based on his acquired assets and holdings in Nigeria and other countries at large.

Showing Off Her Body By DaBaby ft...