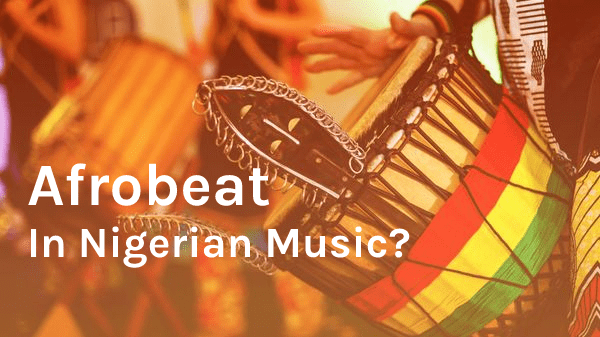 What Is Afrobeat And How Has It Influenced Nigerian Music?

Without a doubt, you can’t talk about popular music genres today without talking about Afrobeat. In fact, Afrobeat has been hugely influential in the Nigerian music industry today, and some of the best Afrobeat artists include Fela Kuti, Burna Boy, Davido, Wizkid and many other famous artists. So sit tight as we explore the history of Afrobeat and discuss how it has Influenced Nigerian songs.

Afrobeat is a form of music that combines Yoruba and Afro-Cuban musical sounds with funk, jazz, and traditional West African Highlife. Afrobeat has been called the essential music from Africa since Bob Marley’s reggae because of its ability to cross boundaries and bring people together. Afrobeats is a type of music that anyone can do regardless of age range or race.

Afrobeat was created in the early 1970s by Nigerian musician Fela Kuti, who fused traditional Yoruba music with jazz and funk sounds. Afrobeat quickly spread across Africa and the world, and its popularity had led to it being used in many other forms like commercials and movies internationally.

Why is Afrobeat Unique?

Afrobeat is unique because it is characterized by its complex rhythms and melodies and its powerful message of social justice and Afrodiasporic unity. Musicians who play Afrobeat often use their music to protest against political and social injustice and promote awareness of African culture and history.

What is the impact of Afrobeat in the Nigerian music industry?

Afrobeat has had a significant impact on the Nigerian music industry. It is one of the most popular genres of music in Nigeria and has spawned many successful artists. Afrobeat is known for its energetic and upbeat sound, which has helped it become so popular. Additionally, Afrobeat often incorporates traditional African instruments and rhythms into its music, making it unique and distinct from other genres. Afrobeat has helped shape the Nigerian music industry into what it is today, and its popularity is only growing. Thanks to Afrobeat, Nigerian artists can now share their culture and music with the rest of the world, and we can enjoy it. Afrobeat is an exceptional and essential genre of music, and the world would not be the same without it.

Who is the king of Afrobeat in Nigeria?

Fela Kuti was the first king of Afrobeat in Nigeria. Fela Anikulapo Kuti, on the other hand, was one of the unique musicians in history. He is credited as a founder of the Afrobeat musical genre, which combines jazz, funk, and traditional Nigerian Songs.

His political beliefs, outspokenness, and scandalous lifestyle made him well-known. Fela died in 2 August 1997. His music is still well-liked and influential today.

Who Are The Legends Of Afrobeat?

Fela Anikulapo Kuti (15 October 1938 – 2 August 1997) was a Nigerian multi-instrumentalist musician and composer, pioneer of afrobeat music, human rights activist, political maverick and pioneer of the Afrobeat music genre. In 2008 he was included on Time magazine’s list of the 100 Most Influential People in the world. He remains one of the legends of Afrobeat.

Born in Ondo, Nigeria, on September 22, 1946, King Sunny Ade is one of the most successful Afrobeat musicians in history. His music blends traditional Nigerian rhythms with modern styles, creating a unique and irresistible sound. He has released dozens of albums throughout his career, and his songs have been featured in films and television shows worldwide. He is a kind, warm man who truly loves his craft; he was even called “the most important musician alive” by Carlos Santana.

Afrobeat legend Ebenezer Obey is a Nigerian musician who has been performing since the late 1960s. His music is based on traditional Yoruba folk rhythms, and he has been credited with popularizing Afrobeat both in Nigeria and abroad. He is also known for his socially conscious lyrics, which often address corruption and other social issues. Obey has released dozens of albums throughout his career, and he continues to tour extensively in Nigeria and abroad. In addition to his music, Obey is also a successful businessman, owning several restaurants and other businesses throughout Nigeria. He is considered a national icon in Nigeria, and he was awarded the country’s highest honour, the Grand Commander of the Order of Niger, in 2014.

Afrobeat musician Femi Kuti was born in London, England, on June 16 1962. His father, Fela Kuti, was a Nigerian musician and political activist who is considered the pioneer of Afrobeat music. Femi Kuti began playing music at an early age, and by his late teens, he had joined his father’s band, Afrika 70. He continued to play with Afrika 70 until his father died in 1997.

In 2006, Femi Kuti was nominated for a Grammy Award for Best Contemporary World Music Album. Since then, Femi Kuti has released several solo albums and toured extensively. His music is a fusion of jazz, fuji, and African rhythms, and he often incorporates social commentary into his lyrics.

Afrobeat music is a unique blend of sounds and styles that is sure to get your feet moving! You won’t be disappointed! LastFM is an excellent resource for searching out Afrobeat music. Check out any of the artists on LastFM to add some Afrobeat music to your playlist.

Afrobeat has come a long way since its inception in the early 1970s. It is now one of the most popular music genres in Nigeria and beyond, with countless artists keeping the legacy alive. The genre continues to evolve, incorporating different sounds and styles along the way. We hope you’ve enjoyed this exploration of Afrobeat and Nigerian music as much as we have. What are your thoughts on Afrobeat? Let us know in the comments section below!