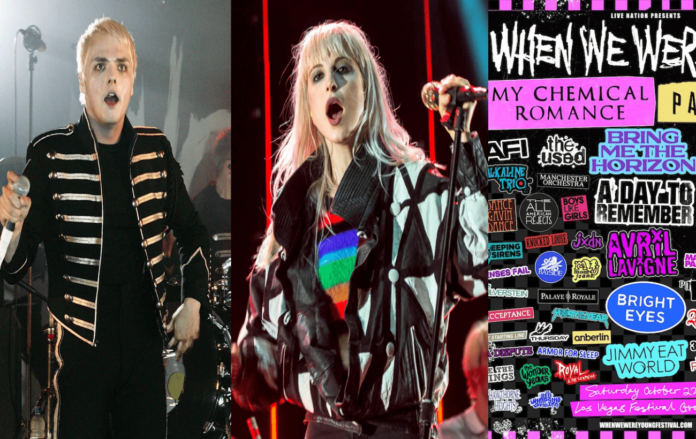 Paramore may not want to rehash the past for their album. However, when the three-piece group returns on stage, they’ll be one of the most mid-2000s meets early 2010s lineups since Warped Tour wraps in 2019.

Paramore shares the headline bill with My Chemical Romance. They are joined front and center on the Hot Topic core lineup poster by Bring Me the Horizon and A Day to Remember.

Some of the genre’s most beloved, once-hit-making, long-dormant acts are scattered throughout the remainder of the lineup, such as Pierce The Veil and All American Reject, Boys Like Girls or the Ready Set, 3OH!3, We the Kings, and Boys Like Girls.

Several new acts are joining veteran bands, such as Fueled By Ramen signees meet me @ the Altar and TikTokers, who have turned punk-rockers Jxdn and Lil Huddy.

Earlier this month Hayley Williams explained that Paramore’s forthcoming album — they’re first in a decade — isn’t a “comeback emo” record, but will be a heavy emphasis on guitars. Their ever-evolving sound is sure to set them apart when they take the stage in Vegas.

Check out Eazy By Kanye West & The Game

How I Met Your Father VS How...

How I Met Your Father VS How I Met...